‘For the longest time, if a drug worked in men it was good enough for women!’

PhD researcher Andrew McGovern of UL is looking at how women and men are different in the eyes of disease.

What inspired you to become a researcher?

I was the child who asked why this happens or how that works. The child that burned the ears of their teachers with questions; I never really grew out of that. Growing up I was never grasping onto my curiosity, it was simply who I am.
Alongside this, I grew up with an autistic sister, Aíne. Trust me when I say my poor mother had an impossible task trying to answer my questions about why Aíne wasn’t coming to primary school with me, or why she’d burst into a room where my friends and I were relaxing and fling dragons at us.
A childhood like this, alongside my perpetual asking how and why, would lead you to wondering how the brain works. I never chose research, I just kept asking questions I wanted answers for and that lead me towards science and research.


Can you tell us about the research you’re currently working on?

I am looking at how women and men are different in the eyes of disease. Many diseases don’t treat men and women equally. For example, men are more likely to get Parkinson’s disease and women more likely to get multiple sclerosis or dementia.
We are looking at possible genetic differences or hormonal differences (testosterone versus oestrogen) in men and women for why a disease might favour a woman over a man, or vice versa.
My current question is to identify some mediator that is making a woman more susceptible to dementia compared to a man.


In your opinion, why do you think your research is important?

I don’t think we need to look back too far to realise there has been a political inequality between men and women. We are constantly surprised by how deeply that ideology has laid its roots.
For the longest time in research, if a drug worked in men it was good enough for women! If you weren’t working with women you didn’t have to take into account how a drug could interact with changing hormone levels through the menstrual cycle, for example, or pregnancy.
This went on for way too long and we have a massive amount of information about how diseases and drugs work in men, but much less so in women.

Also, people exist beyond the gender binary. I believe that further research into this is most needed for many of those who don’t allocate themselves to their birth sex or those who are genetically neither XX or XY.
Those who undergo sex changes or hormonal replacement therapy are also included here. If we don’t know much about hormones in the female body with disease, imagine how little we know about disease in the body of someone who has pursued a hormonally driven transition, for example? We need to learn more about this to provide the best treatment for all people.


What commercial applications do you foresee for your research?

Medical research for less than half of the population has been prioritised over the rest. I think my research is an early stepping stone towards medicine becoming optimised for someone’s gender, age, family history and genetic build.
Eventually we will have medicine built for the needs of the individual with a disease, as opposed to a strategy that focuses on the disease in a male disease-carrying vessel.


What are some of the biggest challenges you face as a researcher in your field?

The youth of my field and the changing of old ways to new. Many of the most successful biologists in the world achieved highly with this old doctrine of male-dominated animal and human research. There is stiffness in transition, as there always is, but the outlook is good. There are few biologists left fighting against the movement towards gendered medicine.
Another challenge is more political. Many tiptoe around sex differences to avoid insult, like claiming that men and women are different is unprogressive.
We all deserve to be treated by society and each other equally. Medically, it may be in your favour to sometimes receive a different treatment than another person, one that works best for you.


Are there any common misconceptions about this area of research?

The misconception is that people don’t know just how many diseases affect men and women differently. I address it by telling as many people as I can!
FameLab is a great example of ways I can contribute to removing this misconception. Competitions teach you how to communicate and give you a medium to share your area and this area needs to be shared.


What are some of the areas of research you’d like to see tackled in the years ahead?

I would love to see diseases which affect millions of men and women differently have the root of its sex difference pulled to the surface and then see a sex-specific treatment strategy put in place. Whether it is in five years or 50, I would love to see that.
Posted by IZ at 1:23 PM No comments: 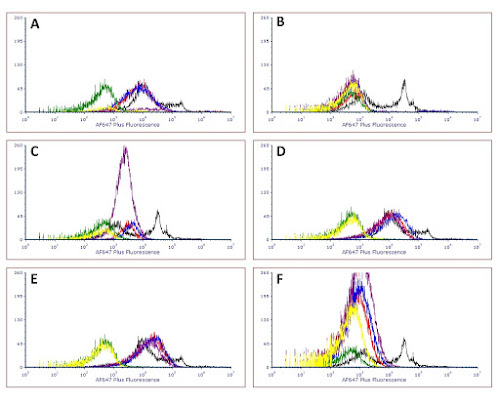 This study was carried out by Dr Ultan Cronin and Dr Elaine O'Meara with the assistance of Ms Laura Girardeaux and supervised by Prof Martin Wilkinson. The project studied the factors influencing the binding of Staphylococcus protein A (SpA) of commercial antibodies raised against other microbial species. It was found that SpA-mediated antibody binding was strain-, growth-phase- and food matrix-dependent and influenced by simulated food processing treatments and cell adherence. After testing a number of ways to block protein A-mediated antibody binding, it was found that a product used for preventing the binding of antibodies to Fc receptors in mammalian cells also worked to block the SpA reaction.

This research points the way towards reducing an important source of false negatives in antibody-based assays for microbial detection.

The full paper is available here. 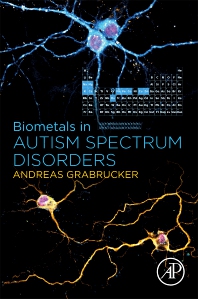 Biometals in Autism Spectrum Disorders will be the first to focus on trace metals and autism. Compared to other references examining ASDs or metallomics, a focused presentation of the findings of abnormal metal homeostasis in ASD has not yet come to be. This book provides for readers an overview of current findings on trace metal biology with respect to its role in ASD etiology and discusses how abnormal trace metal biology may be a common factor of several genetic and non-genetic causes of ASDs considered unrelated in the past. This will open new vistas for the development of new therapies based on targeted manipulation of trace metal homeostasis and generate awareness that trace metal levels during pregnancy must be tightly monitored.

Andreas Grabrucker is a Lecturer in the Department of Biological Sciences @ UL
Posted by IZ at 3:17 PM No comments: