New sperm selection technology for use in assisted human reproduction 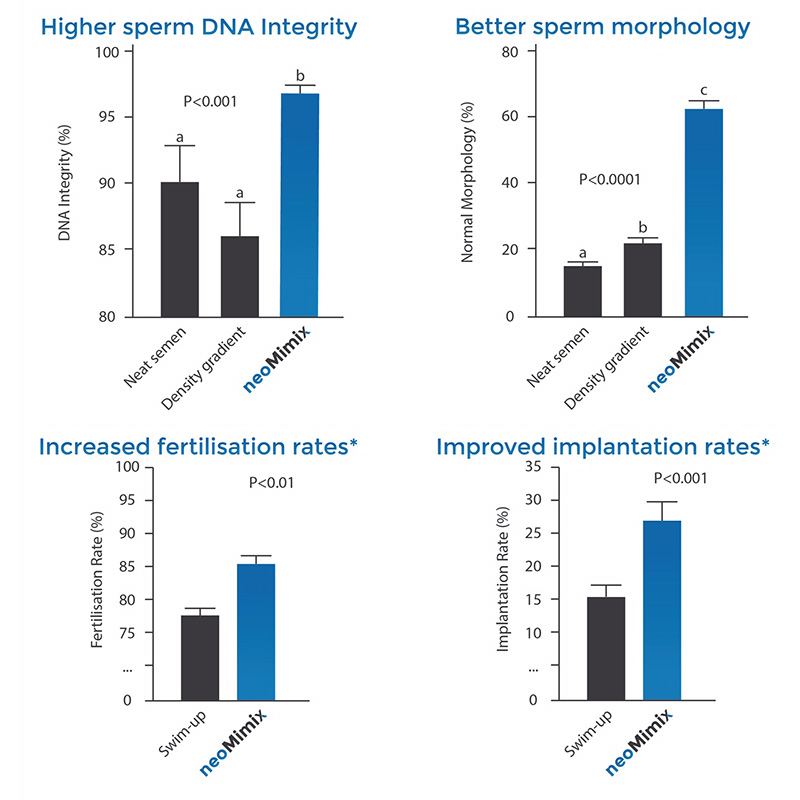 Researchers at University of Limerick have developed an exciting new technology for the selection of better quality sperm for use in assisted human reproduction.
With an estimated one in six couples experiencing infertility problems, the microfluidics technology developed at UL could offer some hope to those seeking to start a family.

neoMimix, a start-up from the University of Limerick, has been announced as a winner of the EIT Health Headstart competition for 2020. The prestigious competition supports the most innovative European start-ups to accelerate their market launch through a €40,000 cash prize.

Using funding secured from Enterprise Ireland’s Commercialisation Fund, the UL researchers have developed an exciting new microfluidics-based technology for the selection of better quality sperm for use in assisted human reproduction.

“Infertility problems have been driven by increasing maternal age as well as by the halving of sperm counts over the last 40 years,” said Dr Sean Fair, Reproductive Biologist and project lead at UL.

“The most common fertility treatment couples undergo is in vitro fertilisation (IVF) and despite major advances in IVF over the last 40 years, two out of three cycles fail resulting in financial and emotional pain for couples.

“While little can be done to improve the number or quality of women’s eggs, men normally produce tens of millions of sperm yet only one is required to fertilise an egg. Despite the large number of sperm produced by men, very few are normal,” he explained.

The technology developed at UL uses microfluidics to mimic the journey sperm would travel in the female reproductive tract, thereby selecting the fittest and most functional sperm, which can then be used in IVF to improve outcomes.

Working with fertility clinics, the team have demonstrated that the selected sperm have significantly better DNA integrity than that selected by currently used methods.
The solution provides the most natural, ex-vivo, biomimicry of the female reproductive tract for sorting and selecting the highest grade, lowest DNA fragmented sperm in a simple and fully traceable process.

“Women whose male partners have poor sperm DNA integrity are twice as likely to have a miscarriage and therefore by selecting only sperm with intact DNA the risk of miscarriage can be significantly reduced,” said Dr Fair.
“Sperm naturally swim up the female reproductive tract on their way to meet the egg in the fallopian tube and en route they must swim against an outward flow of mucus that is secreted around the time of ovulation. This means that only the fittest sperm reach the egg,” he explained.
“The technology developed at UL replicates this journey on a micro-device so that sperm swim against an active fluid flow within micro-channels, mimicking what happens naturally. The fittest sperm are then selected for use in fertility treatment.
“It is the result of over five years of painstaking work by the UL team as they have optimised the architecture of the micro-device and fluid flow profiles to ensure that only the best quality sperm are selected. The team are now working on further clinical validation of the technology after which regulatory approval will be sought,” he added.